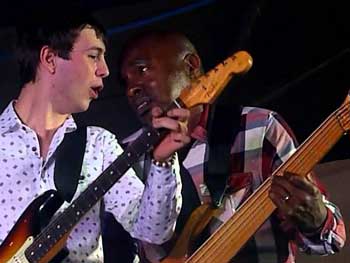 The headliner for the Hereford Blues Festival is the amazing Laurence Jones.

He has played London’s Royal Albert Hall and the Carnegie Hall in New York and we are really fortunate to have him here in Hereford. Laurence, who tours extensively throughout the UK and Europe has been described as a cross between Eric Clapton & Buddy Guy, a true genius.

He recently signed a sensational deal with “Ruf Records” and his Debut album for the label and 2nd album for Laurence was recorded at the legendary Dockside Studio in Louisiana where B.B King used to record. The Laurence Jones Band will rock the night away. You will not be disappointed! 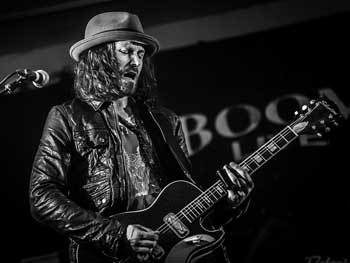 Troy Redfern, from the Welsh Marches, is a passionate, intense, indie blues artist whose ferocious slide guitar style twists and turns timeless themes and ideas to his own ends.

He leads his power trio with style, gusto and virtuoso playing that fuses spontaneity with real craft. Troy is a guitarist for whom tone, feel and grooves are his working tools, while his songs range from a whisper to a scream.

His bass player, Stjohn Milinczuk, had been the bassist in the Herefordshire indie band the Dandelion Killers and also with the highly acclaimed Irish slide guitarist Will Killeen. 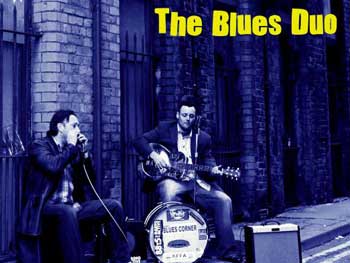 The Blues Duo was created by Tommy Allen and Johnny Hewitt from their deep rooted passion for the music and soul of the 1940’s & 1950’s blues era.

Tommy has been on the music scene for many years playing guitar with numerous bands and in 2001 he was the guitarist for the girl band The Sugarbabes. Johnny is from the north-west of England and is best known as the harmonica player from Smokehouse, a Chicago-style blues band.

The Blues Duo are as close as you can get to the real Chicago Street sound where the blues becomes truly electrified with a real raw harmonica and deep Chicago guitar sound.

Slowburner is a 4 piece rhythm and blues band formed in 1987.

The band have toured with Thunder and Wishbone Ash and shared the stage with the likes of Dr Feelgood, Peter Green and Ian Gillan. They regularly play at blues festivals around the country and Robert Plant has even joined them on stage on a number of occasions.

Slowburner are new-age Cream, inventive, professional, truly inspirational and play blues-rock that will wake the dead 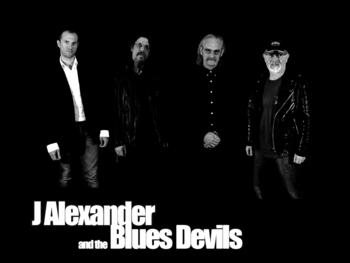 J Alexander and The Blues Devils are a Cardiff based Blues band.

This classic 4-piece band formed in 2008 but most of the band have been playing together for over 30 years in one of the most successful British Blues bands of all time – Snatch It Back. A serious, no frills, no messing harmonica-driven blues band…here in Hereford for your pure pleasure!