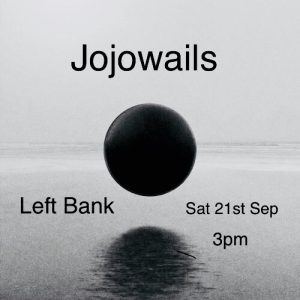 Since the age of 15, when he was playing around the pubs and clubs of his native Scotland and the North of England, Joe Mitchell has always been an accomplished performer. In his early twenties Joe moved to London where he would develop his ‘chops’ in studios around the capital, working on various projects (film, TV, capital, working on various projects, albums) playing all styles of music. After forming a band, Fivestones, with his song writing partner, they landed a recording contract in New York. Joe spent the next couple of years in the US, playing in small clubs, at large festivals, and appearing on many live radio shows. He also worked on some big brand promotions such as Budweiser and Disney. Sadly, the label ran into trouble, the strain of which split the band. Joe works in various genres from Rock to EDM. Former Bass Player for Gerry and the Pacemakers, has also put a new “Live” solo show together. Working with agents in Birmingham and the S. West, the new show has had a fabulous response from audiences who love the unique take on songs from the sixties to present day. He has had original music placed on TV overseas, and has just had a song picked up for a new British film, and composed an original score for a play featured in the RADA Festival. Always recording and writing new material, and through contacts in the States and Europe, is pitching to publishers and major artists.